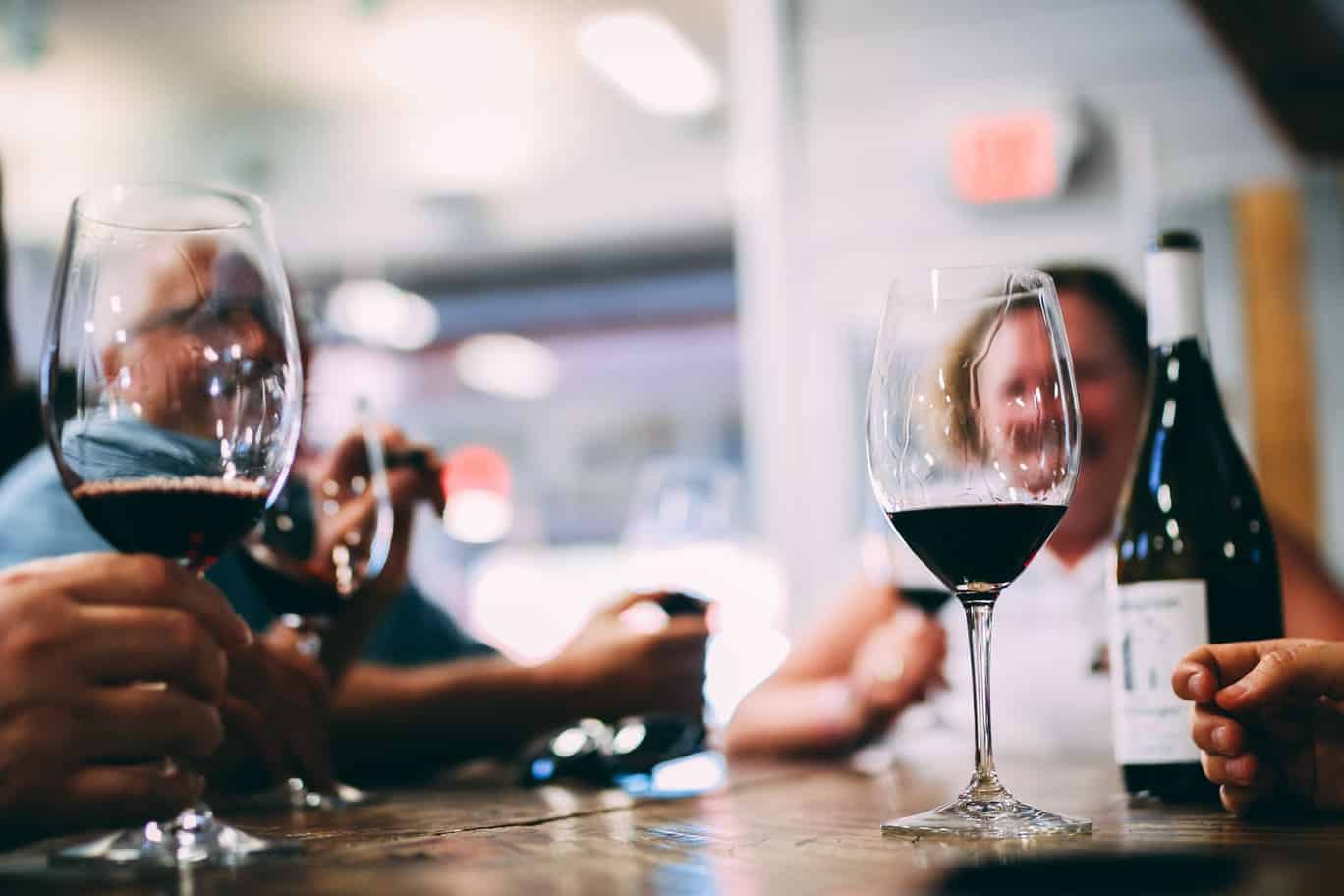 Have you ever drunk Merlot and then Malbec and were confused about how similar they taste? Well, the two may seem similar to an average wine lover but there are key features that set the two apart.

What’s the differentiate between Merlot and Malbec? Malbec and Merlot, being made of Malbec grape and merlot grape respectively, differ in texture and flavour. Merlot is softer as it has a medium level of tannins but much drier than Malbec. Merlot has a red-fruit flavour, while Malbec’s taste is associated with a black-fruit profile.

In this article, we have broken down the key differences between Malbec and Merlot wines. Read on to learn the specifics of each.

Malbec and Merlot: What is the difference?

For an average wine drinker, it is often quite hard to differentiate between Merlot and Malbec. However, connoisseurs and those who indulge in wine deeply can feel the slightest notes that set these two highly acclaimed wines apart.

The key differences between Merlot and Malbec

Which one is better – Merlot or Malbec?

If you are a wine enthusiast, it will be hard for you to tell which one is better – Merlot or Malbec. In fact, if you close your eyes  and take a sip of two, you will be surprised at how difficult it is to distinguish which one is which. However, if you are not blindfold, keep in mind that what gives Malbec away is its deep purple color.

Both wines are widely popular and respected and have a great deal of history behind them.

If you like subtler and more-delicate tasting wines, than Merlot is a better pick for you. It is relatively simpler wine as far as primary notes go. Aside from that, it is easy to pair with a number of different dishes. Cherry and plum notes make this wine taste fruity and beginner-friendly. If you are someone that has not been much into drinking dry wines, Merlot can be a good start.

Malbec is the wine of choice for those who are looking into more elegant wine finish and deep smoky notes. Malbec, as far as notes go, is a more complex wine than Merlot. It is a good companion to many dishes from different cuisines. However, Malbec is usually drunk at more formal gatherings, as opposed to Merlot which you can enjoy with a slice of Italian pizza.

More than half of merlot grapes grow in Bordeaux vineyards (France). These species of grape don’t like too much sunlight and grow well when the weather is drier.

Because of the weather conditions merlot likes, the winemakers of California have not been able to successfully grow merlot. Success rates are higher for those living in states that have a more suitable climate, i.e. dry and cool.

Merlot is used to it is greatest potential when its blended with other species. With a cabernet, for example, merlot makes one of the best blends.

Some people consider Merlot to be an easy-to-drink wine as it tastes relatively sweeter than some other wines. It is soft while being rich. The softness of the wine is due to the thin skin of the merlot grape. As much as it doesn’t like too much sun, the delicate skin takes in sun rays much easily.

There are a few varieties of Malbec based on the region it grows. The two primary regions where this species grows are Argentina and France. Malbec is also one of the species that first grew in Bordeaux, France.

Later, Argentinians started growing Malbec too. This country is considered to have better climate and weather conditions for Malbec. Malbec wine is now very closely associated with Argentina and its winemaking culture.

Malbec was first used in blends. Now, however, it is elevated and sold on its own.

The taste of Malbec may also be described as velvety. It is medium tannins and has a very elegant and luxurious-feeling finish. Malbec that is not blended and is a single varietal has a smoky finish that lingers after drinking. It also has a dark colour and a high level of tannins. 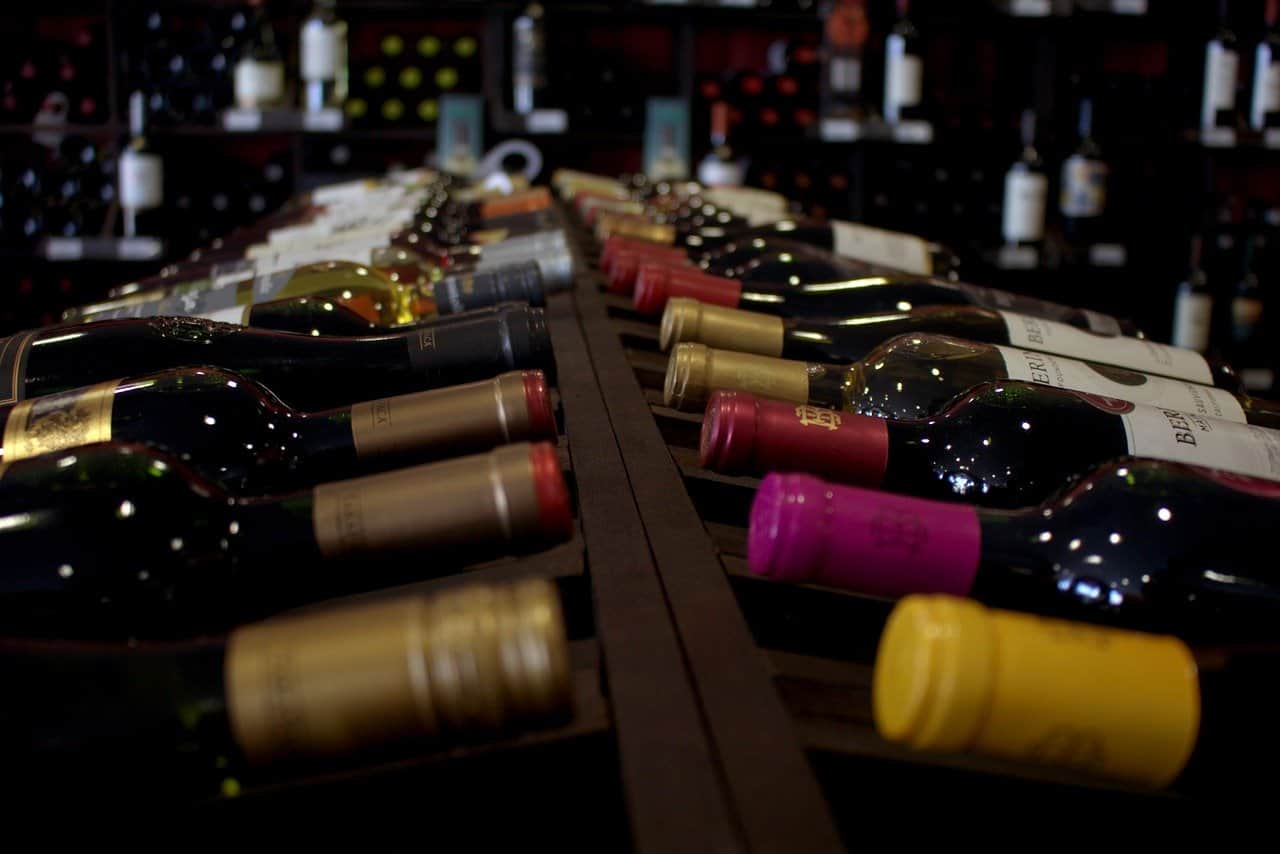 Is Malbec dry or sweet?

Malbec is a dry red wine. It has a medium level of acidity and a high level of tannins. Merlot, in comparison to Malbec, may taste sweeter. But this should not lead you to think that Malbec is drier than merlot. The sweetness of Merlot comes from fruits – plums and cherries.

Food Pairing: Is Malbec or Merlot Better with Stake?

If you do not know which food to pair with Malbec or Merlot, keep it easy. Easy food goes well with both of these wines. With this being said, it is still important to know what dishes you can pair with Malbec and Merlot for the ultimate pleasure of taste buds.

If you are having a not-so-fancy evening and serving some pasta, lamb or even pizza, then a light body Merlot is what you need.

As a companion to a flavourful steak with roasted vegetables, a medium-bodied Merlot will be perfect.

As for Malbec, a young bottle of wine will become the star of the dinner if you are having pasta with meatballs. However, if you have a bottle of a well-aged expensive Malbec, do not hesitate to sip on a glass of this dry red wine with steak or beef barbeque.

Malbec vs Merlot vs Shiraz

Shiraz, also known as Syrah, is the most popular species of grape in Austalia. However, just like Merlot and Malbec, it originates from France, from the Rhône Valley.

Shiraz can be paired with a diverse range of cuisines. You can enjoy it with Lebanese shawarma or some Asian pork dishes, with Greek gyros and meats prepared in Indian style.

What brings all the three wines together, is the plum note. Shiraz wine has a black plum flavour along with tobacco and green peppercorn. It also has a ‘berry’ touch to it, but unlike Malbec that has a blackberry flavour, this popular wine has blueberry notes. Milk chocolate flavour completes the taste and makes it more pleasant to the palate.

Shiraz is similar to Malbec and Merlot in terms of tannins. Like the other two, it has medium to high tannins, which is an indicator of both bitterness of the wine and its complexity. The alcoholic content ranges from 13.5% to 15%.

Just like Malbec, Shiraz is a dry wine with medium to a low level of acidity, as opposed to Merlot which is bone-dry and has medium acidity.

Malbec vs Merlot vs Pinot Noir

As opposed to Malbec and Merlot, the origins of which come from Bordeaux, Pinot Noir come from the Burgundy region (France). It grows in many countries, including New Zealand and Australia. Just like Merlot, it grows well in places where the weather is cooler.

What Pinot Noir has in common with Merlot and Malbec, are the plum notes. However, it also has a flavour of raspberries. Cherry hint is present both in Pinot Noir and Merlot.

One thing that all these wines have in common is the medium to full body. This indicates that they contain 12.5% to 15% of alcohol content.

Unlike Malbec and Merlot, Pinot Noir is a frequent companion to fish and Japanese cuisine. If you didn’t know what to pair with sushi rolls, Pinot Noir it is.