These two palate-pleasing reds have been both friends and foes for the longest time. Some will insist that one is more superior to the other, others may not even be aware of any stand out differences between the two.

However, for anyone who enjoys a good glass of red, (and most of us do!) we should be able to appreciate each grape for its strengths and uniqueness.

Is one more superior to the other?

This question was forced brought into popular culture, by the 2004 comedy-drama film ‘Sideways’. Where Paul Giamatti’s character denounces Merlot as an inferior wine and started, somewhat of a cult following of the same belief.

This movie played a major role in the sales and growth of both wines, causing Pinot Noir to skyrocket to stardom and the sales of Merlot to plummet shortly after the film hit the circuits. However, it seems balanced has been restored.

Each wine holds its own within the community of connoisseur’s. With some wonderful similarities and inspiring differences.

What is the notable difference between a Merlot and a Pinot Noir?

A bit of history on these two noble grapes

The Pinot Noir Grape is originally from the Burgundy region in France, and it is endearingly referred to as “The King of Burgundy’.

The Grape itself is over 1,000 years old, making it one of the oldest grape varieties still enjoyed today. Initially discovered by the Romans during their occupation of the French region.

The lands were later abounded and cultivated by the Cistercian Order of the Catholic Church who at that time owned a large majority of the vineyards in the region.

These monks would use their wines as offerings during the sacrament. They understood the importance and delicacy of developing and nurturing fine wines, thus solidifying the noble Pinot’s status within the emerging wine community.

Located within Burgundy, Is a region that spans 30 x 2 miles long termed the Côte d’Or, which translates to “slope of gold”. This small pocket of land has consistently produced some of the best Pinot’s of Europe throughout the ages.

Interestingly enough the Pinot grape is a weaker grape and more vulnerable to disease. Thus making it very difficult to work with cultivating, whilst trying to keep the quality consistent. This only adds to the prestige when discovering a great bottle of this blushing nectar.

The Pinot grapes tend to grow well in cooler climates and will often be found growing near Chardonnay. There are said to be an estimated 40 mutations of the Pinot grapes in existence today. Some of which include the Pinot Blanc and Pinot Gris.

The Pinot Noir has claimed the title as one of the most elegant wines to come out of France. However other notable Pinto regions include Oregon and California (in the USA), New Zealand, Australia, Chilies, Spain, Germany, and Italy.

Terrior is a broader term used for the various winemaking techniques that give each wine its unique character.

Pinot grows best is cooler climate, with the cheeky grapes preferring a view.  Simply put, this means the grapes do well on sloping vineyards. It’s usually at these angles and they can receive good morning sunshine as well as receiving good wind aeration. 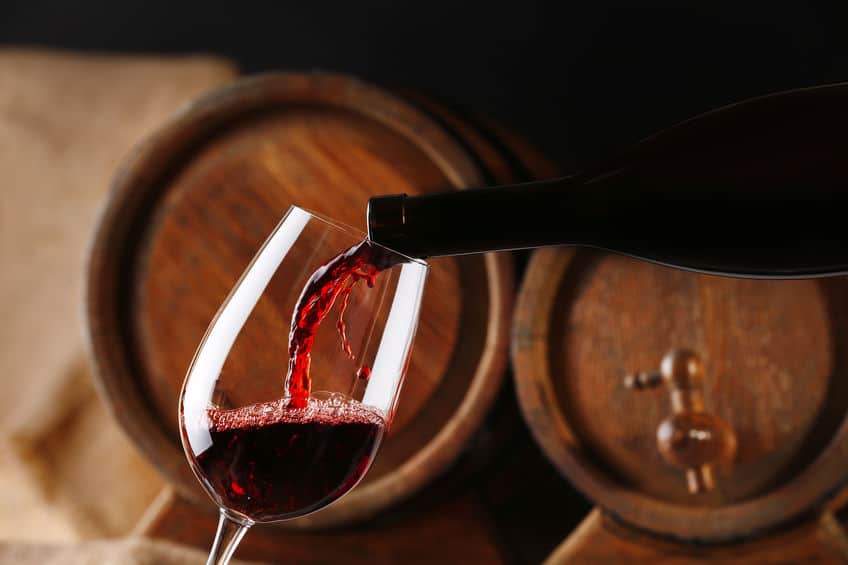 Merlot and her story.

According to wine historians, the first mentions of Merlot, was in 1784, when someone of great importance in Bordeaux stated that ‘Merlot was the finest wine of its time. ‘ The wine started to gain momentum and quickly began one of the most planted grapes in the Bordeaux region.

However, in its initial use, it was used as a blending grape rather than the stand-alone star we are all familiar with today.

However there was a moment in history where we faced losing this grape all together, In 1956 a cold freeze hit the Bordeaux wine region and many of the Merlot grapes were destroyed resulting in a loss of a large majority of decades vintages.

This led winemakers to panic plant grand amounts this delightful vine. Tragically, with each yield came continuous devastation of rot, thus leading the French government to outlaw planting of these vines. Citing that it was becoming a waste of resources.

Thankfully though, the growing conditions gradually began improving and a few years later the ban was lifted. Once again the Merlot grape began thriving and in turn gained back its undisputed popularity.

Merlot is without a doubt a more versatile grape. It can do well in both warm and cooler climates, the grape is also quite hardy, and flourishing in more gravel-based soil types, as well as limestone and clay.

What do these Fine Wines have in common?

Pinot Noir- Is typically a dry red, with light tannins, a quality wine with delicious lingering sensations. Ruby coloured fruits such as berries, cherry, raspberry and blackberry are usually very prominent in the initial dance upon the palate.

Second layers will include more earthy tones, such as herbs; mushrooms and hints of leather can be found.

Finally, the third layer of warmer spices can usually be experienced, like cinnamon, clove or Tabaco.

Merlot  – Very similar in flavour profile to Cabernet Sauvignon, but with slightly softer tannins in comparison. As the Merlot grape is thinner in skin the grape is ready to harvest a lot sooner than other reds. Resulting in a dry, yet smooth medium to full body flavoured wine.

The initial layer will bring about tastes of ripe blue fruits, such as fresh plums, blueberries and blackberries.

Second layers will include earthy flavours such as cedar wood and black peppercorn.

Finally, a third layer should introduce depth to the wine with warm notes such as vanilla, chocolate, and Smokey flavours.

As Merlot can easily grow in both climates, it stands to reason that the same delightful grape may unearth more unique flavours based on its growing location.

Merlots that have been cultivated in warmer climates such as California are often more fruity and bold.

You will discover notes of oak or smoked cedar with a dryer more robust depth to them.

The aromas are more floral and leafy, and you may even encounter whiffs off coffee.

The cooler climate Merlot’s are grown in areas such as Bordeaux, Italy and Chile usually have a more Ruby rich tone to them.

The fruits are riper and have a slight bitterness to them. The undertones may be leafier in scent, like that of bay leaf or tobacco.

When pairing a Pinot, think white wine. The lightness of this red makes it a great wine to pair with more delicate flavours such as fish, lamb and poultry.

Pinots go extremely well with Creamy sauces and Spicer seasoning. Making it a great wine to order for the table, as it should complement everyone’s meal.

Merlot pairs well with most things from hearty pizza and pasta dishes, too roasts and bakes. A general rule is to pair Merlot with darker meats, however, a Merlot can balance a poultry dish with ease.

A Merlot can stand up to stronger flavours but should be avoided with anything too spicy, as it may overwhelm the dish being served.

Due to the difficulty the grapes face when being grown, finding the best ranked Pinot may not always be the most cost-effective. However, if you are not fussed about the publicity a wine may receive, you can discover some wonderful wines for a reasonable price.

Some notable estates include:

Merlot is best drunk as a younger wine and country of origin should be taken into consideration when deciding. As you may take preference as to whether the Merlot is from a warmer or cooler climate. Whatever your preference, you can discover some incredible Merlots across every price range.

My top picks are:

With all of that being said. Picking your favourite wine is an entirely personal decision, and with all the great recommendations, research and good intentions.

You could still pick up what should be a delight and find it completely repulsive. Or on the other hand, find the perfect wine from some unheard of estate. Its all about trial and error, tasting and discovering, and eventually, with time you will find your perfects pairings.

In the meantime, enjoy the journey!